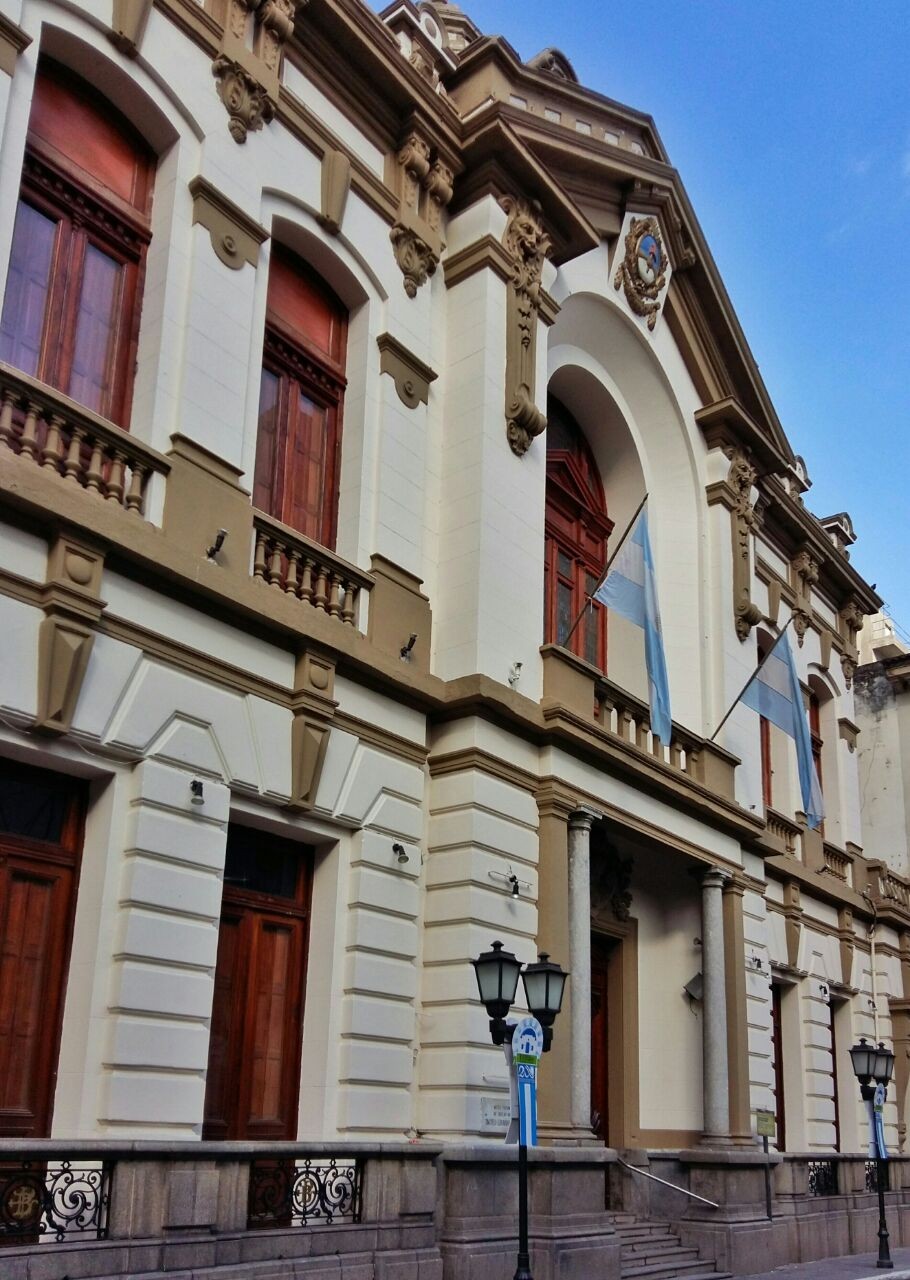 Timoteo Navarro Fine Arts provincial Museum aims to be a concerning institution for visual art in national level. Its mission is to communicate, investigate, spread and appreciate the provincial artistic heritage.

In 1915, Governor Ernesto Padilla proposed a project to create the “Provincial Museum”. It was opened a year later in order to honour the centenary celebration of the Independence.  It had moved to different places until 1977 when it settled in its current location.

The construction began in 1908. It would be the bank of Tucumán province. Alberto Pelsmaekers designed it and Médici Brothers Company built it. It has a strong French architectural influence and represents one of the most important academic architecture in Tucumán. Educational Council and the General Directorate of Culture used to operate there until 1977 when it was meant to be the Fine Art Museum.  First, its real name was “Lola Mora” and in 1986 its current name was introduced.

This building is one of the main referent of major public works built in this province during the early XX century. In 2001 it was declared National Historical Monument.

There are more than 800 pieces of art in the heritage of the museum. They include sculptures, drawings, paintings and photographs. They are not exhibit permanently, but they take turns according to the exhibitions. These works belong to local, national and international artists from XIX, XX and XXI centuries. The most important are Timoteo Eduardo Navarro, Benito Quinquela Martín, Leopoldo Presas, Lajos Szalay, Atilio Terragni, Edmundo González del Real, Sixto Aurelio Salas, Lino Enea Spilimbergo, Antonio Berni and Roberto Koch.

The museum is also the place for itinerant external heritage exhibitions which are permanently renewed.