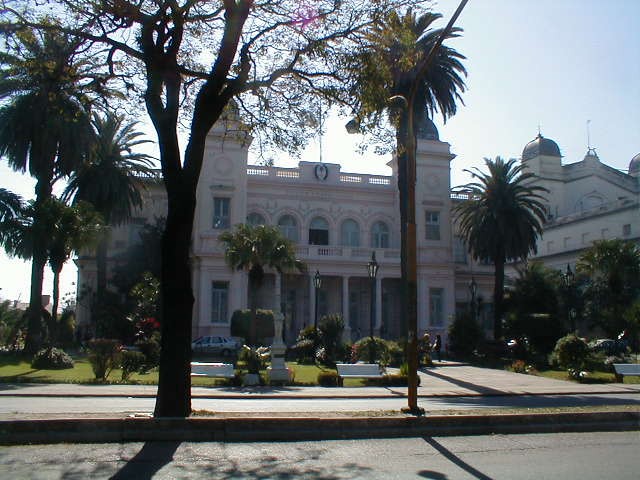 The former legislature building is part of an architectural ensemble located at 600 Sarmiento Avenue. Together with the Casino and San Martín Theatre, they have a huge historical value for the province. It was created in 1912 with an academic style.

In the beginning, the first casino of the province used to be there. Its main room was characterized for being rounded. There used to be roulette, baccarat tables and cards games. In 1928, its doors were closed because of financial problems. Thirty years later, the casino was reopened in next door building (Former Hotel Savoy) where people can still visit it.

After being a casino, the building became a legislature building. Many buildings were involved on the legislative functions. However, this building and the current location have been parliamentarian natural sceneries. In 2012, the legislative department moved to a nearby location.